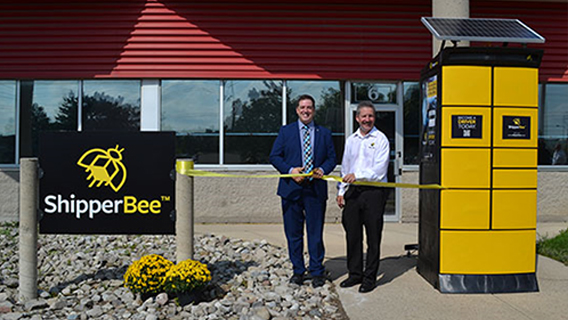 Jim Estill is one of the most successful entrepreneurs you've probably never heard of.

In 1975, Estill started EMJ Data, a technology distribution company, from the trunk of his car and grew it to $350 million in sales before taking it public.

In 1997, Estill joined the board of Blackberry and stayed through the company's heyday that ushered in the era of the iPhone.

He then became a partner at CanRock Ventures, a venture capital firm.

In 2015, Estill bought Danby Appliances, the company he currently runs, and has grown it to $400 million in annual sales.

Estill has invested in more than 100 start-ups, and his latest side hustle was an innovative company called ShipperBee.

The best way to think about ShipperBee is to imagine an Uber for your packages. Instead of calling a courier company, a business schedules a pickup with ShipperBee, and it dispatches someone from its network of independent drivers to pick up your package. Those drivers use a chain of lockers ShipperBee calls "hives" to get your package to its destination with a lower carbon footprint than the traditional courier companies.

Estill started the company in 2018. He invested $5 million of his own money and quickly raised another $25 million from friends and family. Over three years, he grew ShipperBee to 150 full-time employees before he sold it in January 2021.

Despite his incredible resume, Estill approached this interview with surprising candor and humility — even sharing a couple of his mistakes in negotiating his exit from ShipperBee. In this episode of Built to Sell you'll discover:

Do you want to improve the value of your business?  Contact us to talk confidentially about your business plans.